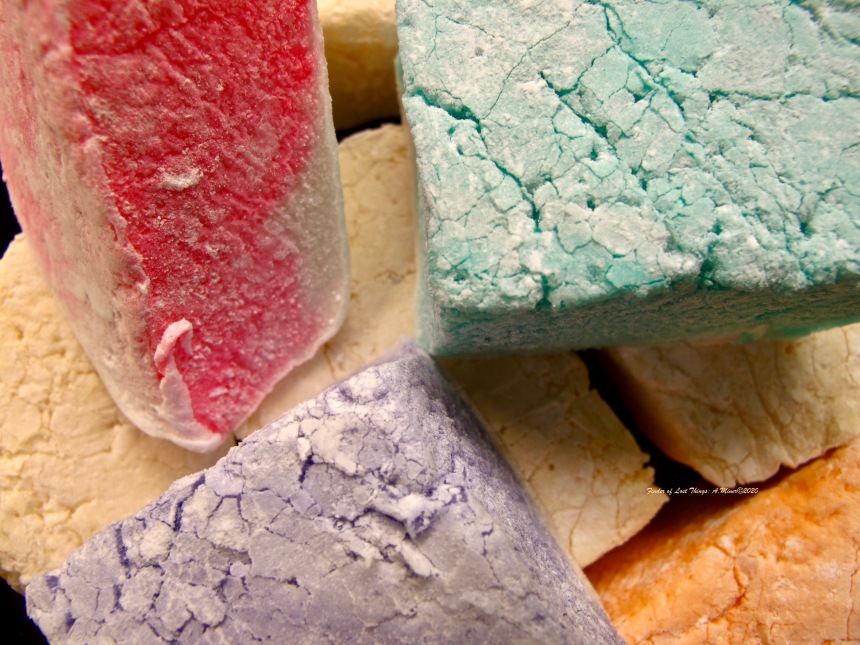 A wave of sound crashed over me when I pulled open the door. It seems it’s one of those days down here.

Hoping my ears wouldn’t start bleeding, I waded my way into Sarah’s Domain & Depository towards the epicenter of sound. I could practically see the Beastie Boys’ beats bouncing around her workroom like some crazy red rubber ball.

Sarah’s Law #11: The higher you crank the volume, the faster you work.

This law applies equally well, too (working thru) feelings, paperwork, and home repair. With the side benefit of warning all who approach of her current mood – whatever’s playing plus its relative decibel level equals her state of mind. (Essentially her stereo doubles as a mood ring.)

What did today’s selection tell me about Sarah’s current disposition?

(It can’t be both: I hadn’t heard the bass throbbing THROUGH the door)

When I made it to the threshold of her office, I discovered my second guess won the prize. A veritable snowdrift of unfamiliar reports littered the top of Sarah’s desk, easing my trepidation about dropping by Nevermore unannounced (from our long association I knew she’d take any excuse for a break). The woman herself sat with her back towards me, filling in a spreadsheet on her computer.

Waiting for her fingers to stop flying across the keyboard, my own fished around in the Pulp book bag I’d borrowed from Beatrice, while my eyes scanned foreign diagrams/graphs/budgets. When Sarah finally paused, I dropped seven-sealed plastic bags on her desk. The unexpected deposit caused her to jump about a mile out of her chair, and by the time she’d recovered (and reduced the volume on No Sleep Till Brooklyn), my butt was firmly planted in her guest chair.

“You nearly gave me a heart attack!”

Unable to keep the mischievousness out of my smile, “Nearly? I’ll try harder next time.” Gesturing to the bags steepled in front of her, while she continued to theatrically clutch her heart (I say theatrically because she was clutching the right side of her chest), “But perhaps you’ll forgive me in exchange for some marshmallows?”

“Marshmallows!” Quicker than a puma pouncing on its prey Sarah opened the bag closest to her and popped a square of cherry-lime into her mouth, effectively cut off all speech. When she started opening up the other bags to stick her face inside and inhale their scents (and filling her cheeks). I decided to intervene on behalf of her tastebuds, raspberry, chocolate, ginger, cherry-lime, lemon poppyseed, vanilla, and pineapple should not commingle.

“I know we agreed on fifty dollars worth…” Exaggerating her chewing, Sarah held up her index finger to pause my words.

Finally finished her spot-on imitation of a chipmunk, “I don’t really deserve any in the first place since I gave you the wrong arrival time for the remains.” Putting down the ziplock, she looked forlornly at their contents. “Sorry again…”

I’d called her a couple days after The Confrontation, asking if KARB’s news desk mixed up the arrival date for Tiffany Grindle’s remains. Turns out Little Ben rifled thru and upset her paperwork (without her knowledge) leading to two sets of paperwork getting shuffled together and her giving me a Vernan Jones’s arrival date instead. Sarah fell over herself, apologizing for the inadvertent blunder.

But none of the Residents got hurt, and the Woman In White was neutralized – so a deal is a deal. (And in fairness I’m only delivering on half of it: Mr. Nelson, in addition to absconding with my mystery, sampled every flavor before he polished off the pumpkin-spice and apple-cinnamon portions).

Motioning towards the confections, “I already accepted your apology. But if you don’t think you deserve any, I could always take them back…” My teasing rejoinder resulted in Sarah whipping the bags out of sight while emitting a marshmallow muffled growl. “…that’s what I thought. But the real reason I stopped by, beyond needing the Lavender Lady to stop smelling like a candy shop, was to pick up some boxes Little Ben said you’re hanging onto for me?”

“Oh yes, His Highness and your boxes.” Rolling her eyes heavenward, she stood up and walked a few paces to her closet, “I caught Himself in the midst of tossing them in the compactor.” Ignoring my offer to help (not that I was supposed to be lifting anything), Sarah scrabbled around under the hanging coats and eventually produced four dusty cartons.

Cocking her head to the side, Sarah answered, “Yes?…”

A laugh popped out of my mouth, unbidden, “Four? He made it sound like there was at least a dozen!”

“That’s His Highness for you, making mountains out of molehills.”

Shaking my head, I took a closer look at the forgotten cartons. Three sported labels with the enlightening description of “stuff” written in my hand. The nonconformist fourth, by far the grimmest of the lot, was devoid of markings and bound up with twine, “I’ve not a single recollection of what’s inside any of them…”

My comment was cut short by the insistent ring of Sarah’s desk phone. Putting her index finger to her lips, she picked it up, “Mortuary……Yes, Phoebe’s here. Yes, she’s picking up her boxes. Nope……….. Yes………………….. Sure…… I’ll get right on that….Okay, bye.”

Replacing the receiver with a sigh, Sarah looked over at me, “His Highness has requested the pleasure of your company.”

“That about sums it up. Have a marshmallow.”

While chewing the square of delightful raspberry fluff she’d offered me, I toed my boxes of mysterious “stuff”. Then applied more pressure until they shifted slightly. Crap, they didn’t fall within my light-duty lifting limitations set by Wood…

Sarah happily solved my dilemma before I finished chewing, “Why don’t you head up now. I’ll load the boxes in your car and leave your keys with Sam. That way, you can make a clean getaway when you finish up with His Highness.”

Laughing, “I will gladly take you up on your gracious offer. Even though I know you’re really avoiding filling out all that new paperwork for a few minutes more.”**

Sarah blushed but didn’t deny it.

*Personally I think she cranks up the volume to stay awake while completing her paperwork – apparently Big Ben finds drool stained statements a tad unprofessional.

**Despite my ribbing, it was a really nice offer. Not wanting to put her in an awkward position if my illegal adjacent after-hours visit ever came to light, I’d kept her in the dark about my injuries.

Posted on October 5, 2018 by Finder of Lost Things 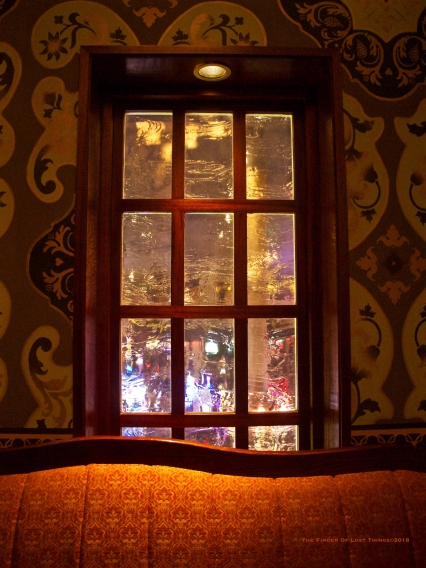 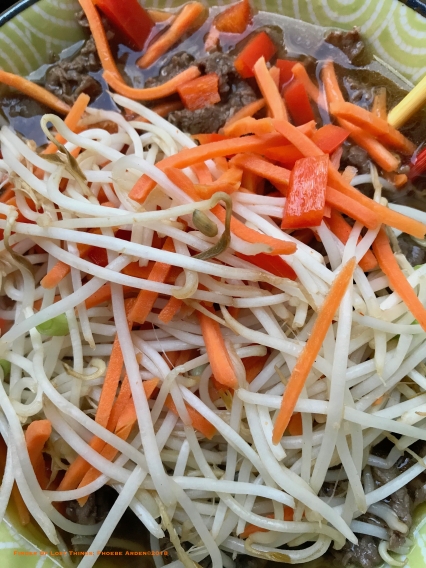 “I see the nickname now – since you don’t fit the mold of cantankerous old man with hygiene problems. Well they say Elvira in real life is a red head – but Morticia has more class.”

“I know right?” Wood chimed in, “I keep telling her it’s a great name!” I sent an arched eyebrow in his direction he studiously ducked my eye contact and resumed eating.

“So you were fired yesterday?” Beatrice asked.

“Laid off. Ben, the owner, wants to expand, so to finance it – he laid me off and served me with an eviction notice. I live in a cottage in the cemetery, to keep people from pulling any shenanigans. He thinks eliminating my salary and his personal rent – will allow him to pour that savings back into the business.”, I felt frustration levels rising – trying  to distract myself I started picking at an hors d’oeuvres.

“You don’t sound convinced it will work.”

Perceptive girl. “Ben is enthusiastic and willing to try new things…but he leans towards the unorthodox. I think his common sense will switch off and in the end cause more woe than gain.”

“How bad could it be?” Beatrice missed my eye roll while she looked (rather dejectedly I thought) over the menu.

Wood started laughing now, forgetting he was avoiding me – which is difficult at a three person dinner – as this was a familiar subject which he found no end of amusement in. “Let me tell!” I nodded and he went on. “A few months ago, a courier dropped off a bag at my office filled with swag – water bottles, magnets and such. I thought it was from a pharmaceutical rep. Instead the attached note asked us to keep the cemetery in mind for our patients’ future needs. He even included several glossy magazines which outlined Nevermore’s services to put in my waiting room!” Wood finished with more laughter and a wave of his menu over the memory.

Wood found it funny now, but you should have heard the call I got when he opened that package. I fielded calls from other irked doctors over the rest of the week; Ben’d sent “swag bags” to all the local physicians to try and drum up more clients. Afterwards Big Ben, his dad and Nevermore’s owner, put his foot down – all promotions, schemes or projects needed his approval before implementation.

The fly in the ointment? Little Ben (which I am not allowed to call him) manages all the day-to-day operations and feels it is better to ask for forgiveness than permission – so I don’t foresee the straight and narrow extending far in his future. Especially since Big Ben is a snow bird and spends falls and winters in New Mexico (Arizona is too trendy). I said so to the table.

Beatrice snorted at the story and ordered her dinner, “Yes I can see why you’d be worried. However he isn’t your responsibility anymore. So where will you go from here?”

I ordered at random (you can only be so innovative when your base is mushrooms – or so I thought). “I am not sure. My only asset is my car….so maybe I’ll work for FLYT? I’ve been a caretaker for the last fifteen years, I’m not sure what my resume would qualify me for.” FLYT being the new rideshare company in town. My shoulders sagged knowing what the follow up question, the same one which kept me awake last night, would be – and there it was…

“Any clue where you will move?” Beatrice asked.