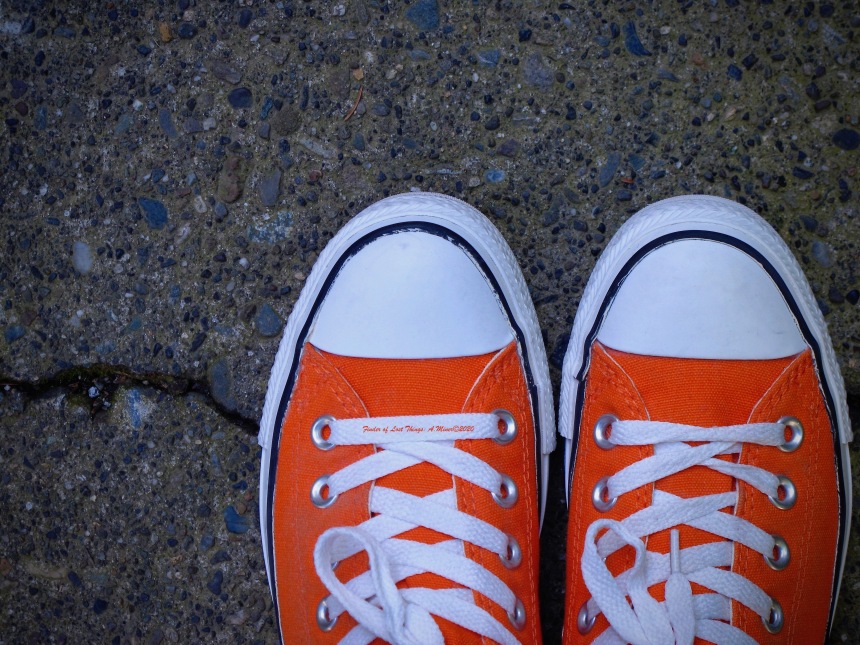 Initially, when we’d talked today over, over rum last night, I’d meant to fire Sarah at this point in the conversation.

The meeting with Nathaniel this morning went off without a hitch. Once he spotted Big Ben tapping the cover of the Conventions – Little Ben and Leo retrieved from the topmost shelf of his closet while packing up his office – Nathaniel signed his termination paperwork without a word. Big Ben and security escorted him promptly from the premises.

Unfortunately, I couldn’t even broach the subject of dismissal with Sarah yet.

Although Big Ben and I ferreted out her copy of the Conventions (stowed away in a locked drawer of her desk), there were still four more unaccounted for, and only she knew their location. (I’d played with the notion of engaging Beatrice’s services, for finding lost things, to locate the missing binders – but she’d already dedicated enough time to Nevermore. Plus, pulling Beatrice in so I could fire Sarah faster would place me squarely on Santa’s naughty list for being a lousy friend.)

So rather than saying something like, ‘Hey, you worked with my schoolyard archenemy to overextend and undermined Nevermore for fun and profit, pack up your tools and go.’ I engaged the intercom on Big Ben’s phone.

“Lottie, could you please bring me some water?”

“Still or sparkling?” Crackled out of the vintage speaker.

Lifting my finger off the red button, I wondered whether I should’ve asked for a paper bag instead – Sarah’s lungs were working so rapidly, and so hard I worried she was going to pass out.

(I was concerned about her well-being – only because I was keen on keeping some of the, well, quirkier sounding guidelines, policies, and traditions from being broadcast across Rye and/or studied in detail by outside parties. Not for any lingering feelings of friendship, mind you.)

Watching the vivid red blotches gracing her cheeks swiftly dull to a light rose – I skipped around the desk to where Sarah was sitting and (nicely) shoved her head between her knees. Continuing to rest my hand on her shoulder, I managed to keep her from springing up in surprise when Lottie sashayed in (on leopard print kitten heels) carrying a bottle of water and a glass. Because of her, well indelicate attitude, Sarah missed the hairy eyeball Lottie aimed her way before retreating to her desk again.

(Big Ben only gave Lottie the bare essentials, but apparently, she’d been uncomfortable with the trajectory of the Board for months and immediately pinned the blame on Sarah without either of us giving her a hint.)

It took a couple of minutes for Sarah to get a grip, but after she did and finished off half the water – she looked human again. Or at least less likely to pitch forward, knock herself out on the edge of the desk and require immediate medical assistance due to a self-inflicted concussion.

Wiping her mouth with the back of her hand, Sarah scooted back from her treacherous perch on the edge of the chair. “How did you find out?”

“I just…No, I suppose not. So what happens now?”

“You’re going to tell me where the other copies of the Conventions are.”

Blinking, she looked slightly startled. “At my house.”

Pushing off the desk, I walked back around it and grabbed my pack. “Super, let’s go get them. I’ll drive.”

“That’s it? You don’t have any other questions for me?”

Unable to stop myself, I gave voice to the kernel of hurt throbbing near the middle of my spine. “You used Laney for information. Nearly got her, Wood, & Beatrice arrested. Tried not once but twice to have me taken into custody and managed to sweet-talk Little Ben into laying me off from the job I love – all so you could help Josie Reville break part Nevermore. Is there anything left to ask?”

The atmosphere in the Princess on the ride over to Sarah’s house was thick and entirely silent. Thank the gods above and below it was late enough in the morning all her siblings were at school or work, Sarah’s family is great, but today the last thing I’m interested in is making small talk. Pulling into the empty drive, I shut off the engine, and we exited the car.

Trailing behind Sarah to the back gate, I nearly let loose a string of four-letter words when a faint ripple of electricity started arching across my toes. Knowing said words would be misconstrued, I bit my tongue, then bit it again when the tingling in my toes grew more acute as I crossed over the threshold.

Unless something seriously dramatic or highly violent occurred within these four walls, since I’d last been over (and now that I think about it, it’s been a while since Sarah’s invited me by – go figure), there’s zero reason for the pricking sensation. Her house, like ninety-four-percent of Rye, has never been a hotbed of activity for either Errants or Residents.

Torn, my forward momentum stalled in response to my gaze bouncing between Sarah’s back (as she plodded towards the stairs) and the archway leading to the front of the house.

Sensing I was no longer in step with her, Sarah slowly revolved back to face me. “The binders are up in my room. Do you want to come up or stay down here?”

Taking off my jacket, I slipped it and my pack onto a kitchen stool next to the island. “I’ll stay down here.”

Silently cursing myself out, I waited until Sarah moved out of sight before scurrying over and slipping out the kitchen doorway and following the increasingly intense current arching across my toes. Treading quickly and carefully down the hallway, thankful for the thick pile of the carpet which deadened my footfalls, I approached the open arch leading to the living room – halting a hairsbreadth from the entrance.

Hugging the wall, I craned my neck just enough so I could see around the corner and inside the room.

2.08 Needs Must When The Devil Drives

Leaving a still laughing Leo to his work, I entered the stairwell for the fourth time today when the muffled click of kitten heels on hardwood hit my ears, pausing my ascent on the second stair. Only one person wears heels around here…

Lottie (hitting the push bar of the door above): “I’m heading to Sarah’s office now….Yes…Yes, I’ll walk Phoebe up to the lobby to meet you…back in a minute.”

Making a split-second decision, I ducked into the shadowy corner under the stairwell to wait for Lottie to walk past.

When playing hide-and-seek with an unknowing seeker, you can take advantage of more blatant hiding spots. But the fundaments still need following; hold your breath, do your best impression of a statue, attempt to reduce your mass to that of a mouse and chant ‘don’t-see-me-don’t-see-me-don’t-see-me’ in your head. Blending in with your surroundings is a plus, but not always an available option, today all I could do was offer up a silent thanks to past me for choosing to wear a dark woolen coat instead of my bright orange gore-tex.

Not even Lottie could miss my imitation of a pumpkin.

Why am I hiding from Little Ben’s secretary? Leo’s scuttlebutt raised a number of questions, none of which would get answered if we spoke in front of an audience. But in private? Perhaps I could pry out a few.

(And only a little to do with the fact that Lottie’s the pineapple to my pizza.)

Listening to Lottie descend the stairs, I enacted the principles of a champion hider and was only a little light-headed from the lack of oxygen when she finally past by me and out the door. Counting to five after it swung shut, I scampered swiftly up the stairs (thanking every lucky star in the sky my sneakers had dried enough to stop squeaking).

In two slightly wheezy (don’t tell Wood) minutes flat, I breezed past Lottie’s empty desk and into Little Ben’s new digs. When my entrance failed to elicit any expletives about barging in unannounced, I leaned back against the door, flipped the lock, and caught my breath.

Usually, the Proprietor’s Office brings a smile to my face.

With three out of four walls featuring floor-to-ceiling built-in bookcases filled with midnight blue bound books who’s bindings combine to create a mosaic – an unkindness of ravens taking flight from gnarled leafless trees under a full moon in silver filagree. How could you not smile at such a sight? (Big Ben never lends out these books ever – I’ve asked).

But today, this awe-inspiring biblio vista filled me with fury.

Skirting around a heaping conference table, I confronted the fifteen feet of display boards obscuring my favorite sight in all of Nevermore.

Well, I found Little Ben’s dream boards…….taped to the shelves. Big Ben will mount his son’s hide to the wall if he damages any of the books.

Intending to find a footstool to determine the damage, my eyes fell away from the offending adhesive and locked onto the papers pasted on the poster boards themselves.

(Even more curious? How spot-on Leo’s intelligence proved. My termination appeared as an action item dated two months prior to the date Little Ben handed me my pink slip – between other ticked off items of ‘secure financing for MacGregor Farm purchase’ and ‘shut off the boiler in Club House’. Seriously, how does Leo do it?)

Taking a deep breath and steeling my nerves, I focused on the problem at hand – time. Little Ben and/or Lottie could return at anytime since I’d yet to steal my very own TARDIS, I needed a way to examine this in detail later… Whipping out my phone, I started snapping pictures of every slip of paper featured on his Pipe-Dream-Dream-Board. Concentrating on the context and not the content – kept me from getting distracted – because even skimming them caused my insides to wobble about uncomfortably. Rapidly finishing my photo documentation, I turned my camera onto the conference table behind me.

Avoiding the two obvious workstations (no need to call attention to my unsanctioned scrutiny), I focused on the binders. Trying to keep my hands steady, I photographed the title pages, table of contents, and anything labeled ‘budget’. About the time I started perusing the boxes stacked next to the conference table, the sound of kitten heels accompanied by a heavier tread reached me thru the door.

With one ear, I listened to Little Ben giving Lottie further instructions, while frantically pulling the tops off the five boxes of promotional materials and stuffing one folder from each in my PULP tote. After replacing the box tops, I pulled the fourteen-foot scarf off my neck and crammed it around the folders in my bag. Then I flew across the room, tossing the tote, my coat, and purse into one of the guest chairs.

The locked door bought me just enough time to slip behind the Proprietor’s desk and watch (in the reflection of the floor to ceiling windows) Little Ben’s reaction when it dawned on him who’d spent an indefinite amount of unchaperoned time in his office.

Where in the world is Big Ben?