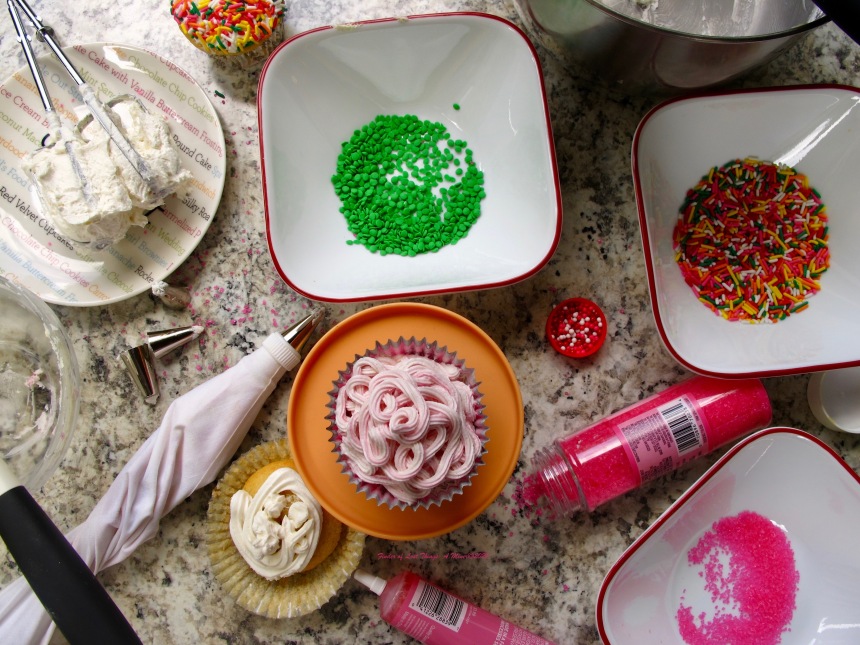 Standing behind Robbie, watching the security video over his shoulder for the umpteenth time, the lump ice dwelling in the pit of my stomach started making the bologna sandwich feel like a bad idea. Uncle, who’d declined an additional screening, sat at his desk hands steepled together deep in thought. Pressing the touchpad on Beatrice’s laptop Robbie skipped backwards in the footage and watched the entire episode again.

When he rewound it for a third consecutive viewing, he climbed aboard the same train of thought Uncle, and I’d already taken a whirl on. Restless, I got up and started to pace around the perimeter of the room.

Robbie (eyes glued to the screen): “You’re sure there was no one else in the building?”

Me (tracing my finger over the spines of the books): “I cross-referenced the video feeds with time punches, everyone had left for the day.”

Robbie (his leg bouncing like mad): “Someone not scheduled could have stopped by? Or a salaried employee could’ve stayed late…”

Me (looking across the room at the back of his head, I shook mine): “All accounted for, and the alarm report and entrance logs both agree that no one else was in the building by this point.”

Robbie (turning in his seat to look at me): “Would you mind if I double-checked?”

Uncle (rising from his chair): “Another set of eyes never hurt.”

Passing the laptop over to me, as I’d finished my revolution of the room, Robbie got to his feet and joined Uncle behind the desk. Listening with half an ear to Uncle’s summation of each report Ira included in his envelope, I sat down and cued up the video.

Pressing play, I watched the empty lobby for a few seconds until the Judas, the Brutus, the veritable Peter Pettigrew of Nevermore, strode into view.

Walking over to the alarm panel, Sarah punched in her code (according to the alarm activity report – disarming it), then unlocked the adjacent door and let Laney inside. They spoke for a few minutes before Laney handed over the books she’d borrowed after which they exchanged hugs, Laney left (to join Beatrice, Wood and I for dinner, ducks and pirate-themed fun) and Sarah relocked the door.

It’s at this point in the footage where I wish the video contained audio because after she stops waving at Laney – Sarah pulls out her cell and makes two calls.

The first, significantly longer than the second, prompted Sarah to pace in tight figure eights in front of the main entrance while jerkily gesturing to the person on the other end of the line. Following her conversation with whomsoever, Sarah stood stock still, head hanging for a few minutes before dialing the next number.

Me (stopping the video and looking over at Uncle who’d swapped seats with his son): “Didn’t Sherlock Holmes warn us that there’s nothing worse than an obvious fact?”

Uncle (holding the mouth of the potato chip bag towards me): “Actually, he said there’s nothing more deceptive than an obvious fact.”

Me (declining his offer of delectable fat-soaked starch): “I like mine better.”

And let me tell you how I’d kicked myself for not seeing this sooner….

Sarah had known most of the details of The Brace Affair because she was there when we’d hatched the plan. Between Sarah’s foreknowledge and her friendship, I bet that’s why Laney didn’t count her as ‘anyone’ when I asked if she’d told anyone about our plans that night.

Robbie (massaging his temples): “Okay, I agree it looks like Sarah ratted you out. But I still don’t get why? She’s your friend.”

Me (shaking my head): “Technically, she didn’t rat us out. She only told Little Ben someone was coming. I spoke to him afterward, he had no clue who he was chasing.”

Robbie (looking relieved): “So it’s possible she was skating the line between being a good friend and a good employee.”

Robbie (waving his hand over the papers): “Have you tried talking to her about this?”

Robbie (disbelief evident): “Why not?”

Uncle (heaving himself up from the chair, taking Beatrice’s laptop off my lap): “Probably for the same reason I wouldn’t.”

Robbie (looking towards Uncle, confused): “But this whole thing could be just a huge misunderstanding.”

Uncle (waving for Robbie to stay put, he set down the electronic device on the desk): “Your right it could. However, neither your cousin or I believe Little Ben was the first person Sarah told about the impeding pirate landing. That’s what was bothering you about the video, isn’t it Phoebe?”

Robbie: “Wait, how did you guys get there?”

Uncle (tapping the trackpad): “Watch the video again……..See how Sarah stares out the glass doors after the second call, and she unlocks the doors a good minute before Little Ben walks thru them.”

Robbie (squinting at the screen): “She was waiting for him.”

Uncle (pointing at the screen): “She loses an argument with someone, watch her deflate, she’s staring at the floor, not out the door.”

Robbie (glancing between us): “Okay, I admit it looks bad. But, playing devil’s advocate here, all you really have is evidence she made a call.”

Unfortunately, due to Aunt Pearl deciding she could no longer countenance our absence from the kitchen burst in to retrieve us. I didn’t get a chance to tell Robbie my suspicions were based on more than just one call. 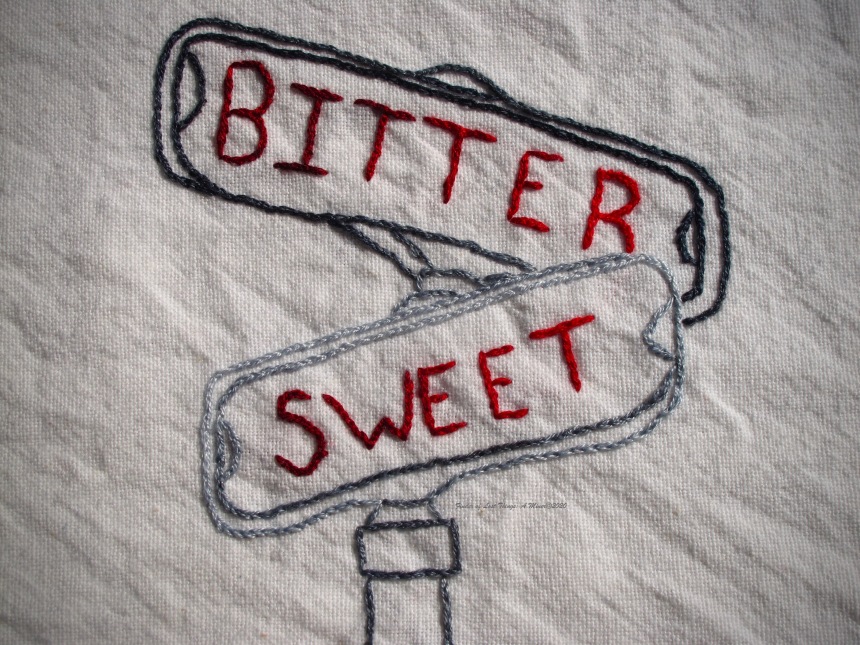 Why am I standing on the Corner of Bitter and Sweet?

Today was supposed to be nothing but fun, food, and home movies – not no-win scenarios. Though I guess most people who find themselves standing under this streetlamp often wonder how things went sideways so fast. (Jake Gittes, Hamlet, and Captain Kirk habitually find themselves here – in case you’re wondering).

The impossible choice facing me today? Either I place Wood at risk, or I risk damaging our friendship.

For one hot second, I thought about putting pen to paper without harboring any intention of abiding by the agreement. However, the same little voice in my head, which caused me to confess in the first place, wondered what kind of friend perpetuated that kind of fraud on another.

It also pointed out that that level of deceit guaranteed a visit to the Corner of Bitter and Sweet every time I spoke to, hung out with, or thought of Wood. Until I either I confessed to my sins (and hoped he didn’t unfriend me) or we stopped hanging out all together, drifted apart and stopped being friends.

Both my conscience and I agreed all those eventualities sucked.

Walking over to where Wood was sitting by the window, I dropped bonelessly into the chair opposite his.

Me: “Can I think about it overnight?”

Wood: “Nope. Either sign it and let me into the weird frontier or don’t.”

Me (speaking slowly due to a brainwave): “Then, there are a few stipulations I’d like to include.”

We haggled, finagled, dickered, bickered, bartered, and bargained, but eventually, we hammered out an agreement we both found acceptable.

Wood’s original terms remained unaltered, though he did manage to wrangle an addendum out of me. Should he be out of town or sick when I needed help, either I enlist a stand-in or wait until he could participate. (Thus closing a loophole that hadn’t occurred to me.)

In return, I managed to pry two significant concessions from Wood.

First, while accompanying me on an outing, he needs to follow my instructions, even if they sound mad, to the letter. Second, I could decline to answer any question he poses without any followups or pouting.

Violating my terms will require the forfeiture of his vintage volume of Sherlock Holmes published in 1892.

Fair’s, fair after all.

It wasn’t until the hopping herd of hares (Laney, Beatrice, and Sarah) started setting out the spread that Wood and I noticed ninety minutes ticked off the clock during our wheedling and dealing. However, rather than trying to talk his way out of the Office, Wood leaned back in his chair and gave me an impish grin.

Wood: “Do you think they’ve finished prepping for the party?”

Me (pausing mid pen stroke): “Wait, is that why you were early? Did you know about our party before you arrived?”

Me (placing a note of warning in my voice): “Dourwood Utley, did you know?”

Wood (plucking the signed document out of my hand): “Just thought I’d allow you to clear your conscience.”

Me (aghast): “You tricked me into coming clean?”

Wood (inking his name below mine): “Morticia, I know you did your best to keep your promise. I also know you’d beat yourself up until you ended up confessing, apologizing, and forking over the book anyway. I don’t ever want to make you unhappy. So I figured out a way to fast-forward your process by a couple of months and give you a do-over.”

Taking a deep breath, I held it until the count of twelve, then steadily released it. (Trying to tamp down the heartburn and indignation his statement filled my chest with. It didn’t help he made a valid point. Drat him.)

Me (sighing): “Maybe…But how did you figure out I broke our original agreement?”

Wood: “I saw the Princess parked in front of The Alter.”

Me (rolling my eyes): “Of course you did. And the party?”

Me (wicked smile of my own spreading across my face): “Oh, our party doesn’t feature Smurfs.”

Me (holding out my hand): “Gentleman’s agreement, I’ll forgive you and tell you about our theme. If you promise not to complain about today’s feature presentation and tell me how you found out.”

Ignoring the groans my explanation of today’s entertainment produced, as Wood’s not particularly keen on watching his Gran’s home movies, I moved on. (For him they are akin to Aunt Pearl’s appallingly stylized holiday family photos. The difference being in his Gran’s videos she coos over Wood’s performance the entire time and interjects random stories, which may or may not be relevant to what’s happening.

Me: “Your turn spill, how did you find out?”

Wood (looking at his feet ruefully): “Laney talks in her sleep.”

Me (laughing): “Well, that explains a few things.”