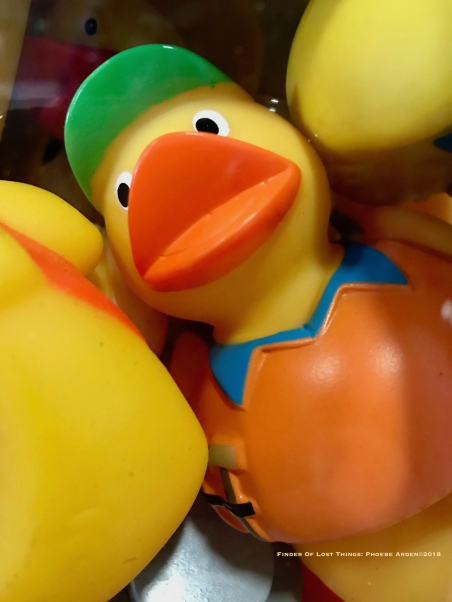 He must be calling from an exam room phone again.

Wood (excitement oozing across the line): “Meet you in The Map Room in a half hour.”

On the plus side executing The Brace Affair might help to relieve the pins and needles I’ve been sitting on while waiting for the Lone Ranger to face his fears. He had four days left on the unspoken timetable.

On the downside, I’d answered Wood’s call on speakerphone and Mrs. Lebondowsky heard the entire exchange. She will delight in disseminating this piece of news amongst the rest of my regulars at the Center.

Mrs. Lebondowsky (smiling): “Well don’t give the barn away. Leave him wanting more – you’ll get a second date that way.”

Fortunately, she was my last fare today, and I only had three blocks left before I could drop her off. So I goosed the gas and hoped her advise stopped with that particular tidbit.

Seems Lady Luck rode with me tonight because Mrs. Lebondowsky went on to regale me about the last real date her Dear Frank took her on in 1965 (it sounded way nicer than any I’d enjoyed recently).

Only fifteen minutes late for Wood’s deadline (and ten bucks richer – Mrs. Lebondowsky tips well), I pulled the Princess up to the back gate of the Lavender Lady’s grounds. This maneuver meant a much shorter walk to the Map Room which significantly reduced my chances of inadvertently running into Ms. Hettie.

Pushing the gate open, I navigated the six steps and three stairs to the door and entered the redesignated shed. The lovely scent of curry greeted me before my friends got the chance or in fact noticed my arrival.

Me (surprised): “Laney? What are you doing here?”

Laney (turning my way, a wry smile on her face): “Hey. Wood convinced me this would be great Fun.”

The way she eyed the line of manual post-hole-diggers leaning against the bookshelves made clear her skepticism of her husband’s claim. Wood, entirely oblivious to his wife’s doubts, was currently helping Beatrice divvy up a mountain of rubber ducks into four separate piles. Not wanting to break their focus I decided to help the proceedings along by dishing up the boxes of take-out (which would keep Wood from hoarding the panang and Laney from skimping on her vegetables). When the two duck sorters finished their complicated and esoteric rubber ducky allotment algorithm, they swept each stack into separate sacks. Which allowed me to swoop in and place dinner on the table before they could fill it up with something else.

Wood (surprised when food appeared before him): “Morticia! When did you get here?”

Me (shaking my head and laughing a little): “When the ducks were still in mound position.”

Wood, who’d elected himself Capitan of The Brace Affair, started going over the refined strategy – between mouthfuls.

Wood (finishing his first bite): “Each of us will have a bag of about thirty-ish rubber ducks. We’ll use the post-hole-diggers to dig up a cylinder of dirt, then we’ll plant a duck and then dump the dirt back on top.”

Me (taking advantage of Wood’s now full mouth): “Where did the rubber ducks come from? I’ll pay you back for them. (Looking between Wood and Laney)”

Beatrice (waving at Wood to keep chewing, snagged my attention): “Don’t worry about it. I’m donating the ducks I’ve collected from geocaching to the cause.  I needed more space in here anyways.”

Glancing up at the shelves above her head I noticed several large empty vases.

Me (a food coma starting to creep up on me): “Why tonight?”

Laney (faster on the draw than Wood): “The first storm of the season is predicted to hit this weekend. If you want those ducks to rise to the occasion, this is your best shot.”

Wood (now able to chime in): “And the moon is full tonight so we won’t need to use our flashlights as much.”

Beatrice: “I even bought a couple of steaks in case we need to distract some dogs.”

Beatrice: “Works in books. So someone must have tried it out at some point, otherwise, why would it keep appearing in print?”

Laney (laughing): “One minor detail, this is a silly plan, but you promised me a ridiculous amount of Fun…”

A wicked smile lit up Wood’s face. Without a word, he stood up and walked a few paces to where my extra boxes were stacked and pulled several garment bags off the top. Shoving his dinner plate aside he laid them down in front of him.

Wood (unzipping the zipper with a flourish): “Like this.”