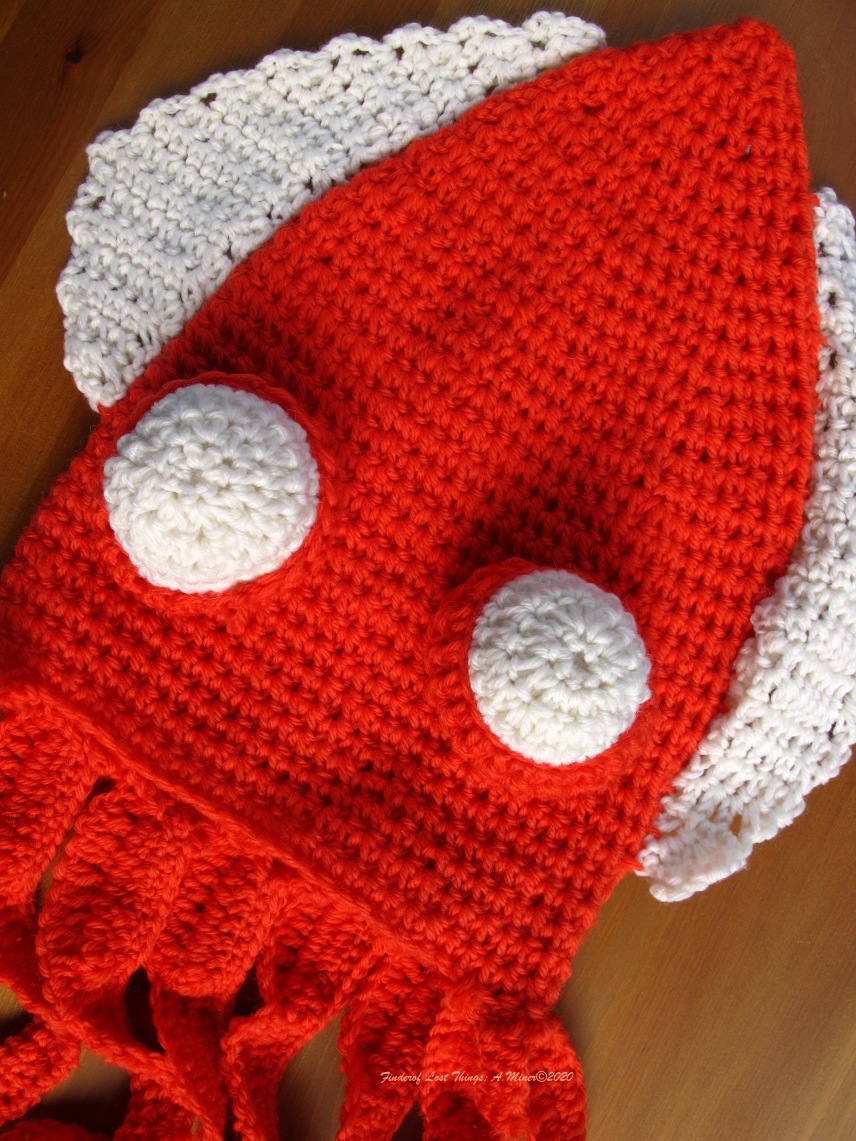 (Squiddy is so big I couldn’t fit him in a single frame! So here he is in pieces!)

Man, I thought Josie Reville pulled an Ingrid Bergman (in Casablanca) and put Rye in her rearview mirror forever.

Blotting out the riptide of after-images threatening to suck me under (Ogden Nash Middle School’s cafeteria, cotton candy pink nails against the rich brown of the pilfered brownie, Mrs. Sable’s index finger wagging in front of my nose). I used the split second before Josie descended on us to warn Leo instead.

Me (in a low tone): “No matter what, ignore her jibes and keep your answers short.”

Josie: I thought it was you when you walk in, but the tie and the tailored suit and all that black threw me! But when you pull that hat on, I knew! You’re the only person I know fearless enough to wear something that makes you look like a long lost cousin of the Coneheads!

Now you might be wondering: How do you deal with a Brownie Stealing Bench who holds Iago, Don John, and Lady Tremaine (Cinderella’s evil stepmother) in high esteem. Without spiraling into bad manners, worse language, and a series of rude gestures.

Well, over the six years of our enforced association, otherwise known as school, I fine-tuned three simple techniques to move along any conversation without descending into the aforementioned churlish behavior. Fun Fact: Pointing out the backhanded nature of her ‘compliments’ will invariably lead to a derisive laugh, hair flip, and assurances you merely ‘misunderstood’ her remark – and you end up giving her the bird anyways.

Technique One: kill her with kindness. Slather on a smile and praise her on whatever triumph she will inevitably boast about during your chat. Helpful Hint: Taking the technique’s name literally gives school officials all the wrong ideas. So avoid naming any nearby fork, knife, pen, pencil, scissors, or other stabby object Kindness and brandishing it.

Gambit Number Two: the one I’d advised Leo to take, employ selective hearing. Simply stop listening after the superficial compliment is delivered. Warning! Sticking your fingers in your ears and humming a little ditty to block out the predestined dig is not recommended.

Third (and often the best option of the lot): take it on the chin. Deprived of a visible and/or volatile reaction, she’ll get bored and move onto more fertile ground. Originally called playing possum. This option was revised after pretending to croak every time Josie entered my sphere resulted in another month of mandatory sessions with the school counselor and Aunt Pearl despairing over dinner about my sense of humor. Uncle, however, bought me an ice-cream cone, took me for a walk in Nevermore, and helped me refine my methods.

Taking a deep breath – deciding on a twofer – I plastered on a nearly genuine smile and tilted my chin towards her.

Me: “Well, Dan Ackroyd is a comedy legend. What brings you back to Rye Josie? Vacation?”

Please be a short one.

Josie (modesty): “Work, actually. Western Regional Bank appointed me as their Chief Lending Officer, and since corporate is headquartered in Rye, I moved back home.”

Josie (beaming): “You too! I heard you got a new job as well! I think FLYT’s a perfect fit for you. I know how much you love taking the Piggy Bank out for a spin.”

Dear lords above and below, I’d forgotten her nickname for the Princess.

Swiping my own and thankfully alcoholic drink off the table, I took a deep draw and waited for Josie to deliver the punchline.

Josie (letting out a merry laugh): “Phoebe’s car and a piggy bank are both pink, adorable, and when you smash them – worth the same amount.”

Man, I’d have been happy never to see the whites of her eyes again.

Leo shot me an apologetic look over the top of his brown bottle.

Josie (giving Leo a sweet smile): “Forgive my rudeness, Phoebe, and I have known each other forever! Hi, I’m Josie Reville.”

During Josie’s introductions, she held out her hand for Leo to shake – Leo picked up his beer instead. Josie, ignoring the slight, dropped her hand and plucked a pretzel out of our bowl instead.

Me (pointing at my head): “He’s delivering my special-order.”

Josie (rewarding Leo with a dazzling smile): “Oh good. Monday’s not traditionally a hot date night, but Phoebe’s always marched to the beat of her own drummer, so I wasn’t sure.”

Regrettably, my remark recentered Josie’s awareness squarely on Squiddy again. Invading my personal bubble, Josie leaned in and rubbed one of Squiddy’s arms between her fingers.

I managed to restrain myself from swatting her hand away – but only just.

Josie (looking thoughtful): “Though not my style, the craftsmanship of Phoebe’s….hat is excellent. Do you often take commissions?”

Distracted by Ruth, who delivered another two beers to the table (and reassured us our wings were only moments away), the question popped unbidden from my mouth.

Me (smiling my thanks to Ruth): “Why need help channeling your inner viper this Halloween?”