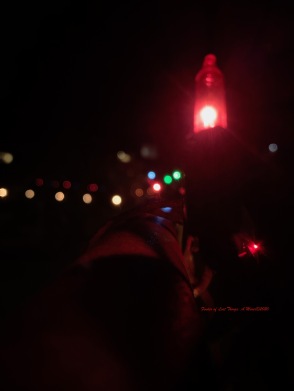 If you haven’t already guessed my youngest cousin, Robbie, came as an unexpected surprise to Uncle and Aunt Pearl on November twelfth, nineteen-ninety-four. Well, the news they were getting a new addition to the household was a surprise – the inevitable event didn’t happen for another seven months.

Unlike our parental figures, the news didn’t faze us kids a whit.

Dwight secretly hoped they’d bring a puppy home from the hospital. Jesse worried Uncle would miss his hockey games. I blissfully ignored everything as I’d just discovered all the old trunks/cupboards/suitcases in the attic & started excavating them. I’m not sure about what Dylan or Ian thought about it – but it probably involved Legos.

What we didn’t appreciate at that point, though Aunt Pearl and Uncle probably did, was the steep age gap dividing us from Robbie. A gap that became glaringly obvious the year Robbie transformed into a teen. His teenage angst provided my cousins and me, who’d already transitioned into our twenties, with heaps of vaguely uncomfortable perspective on our own bouts of frightful behavior based on bad hair, worse judgment, and hormones. (And some serious entertainment for my Aunt and Uncle.)

Robbie had five additional targets for his pique.

Case in point, the Christmas after Robbie turned seventeen, I spent the entire day wishing I could kick his rear up around his ears. Why? For the whole of Christmas Day, he wouldn’t acknowledge my existence. He didn’t respond if I spoke, didn’t open the presents I made him, and tossed out his slice of cake after he learned I’d baked it. Plus, a whole host of other infuriating slights.

All because I busted him splitting a six-pack of beer with his buddies in Nevermore.

Apparently, I’d ‘completely embarrassed him’ after he assured his friends I’d be ‘cool’ if they got caught. Seems, ‘cool’ does not include packing said buddies into the Princess like sardines, insisting on driving them home and blistering their ears every inch of the way. Heaping insult on injury, Uncle caught Robbie sneaking in with beer on his breath and grounded him for a month.

Lamenting the sad state of affairs to Aunt Pearl whilst washing the last of the dishes. (In point of fact, my place setting as Robbie had been in charge of the clearing up.) I wound up my woe-is-me-s with, ‘I was never this bad at his age.’

Aunt Pearl laughed so hard she needed to sit down.

After she stopped wheezing, wiped away a tear or two, she assured me I had my moments. Then gave me a few words of wisdom that not only helped me deal with Robbie’s prickliness but with Abraham’s as well. “Don’t worry, Dear, he’ll figure out you’re on his side, eventually. Until then? Pretend you’re a duck.” So when Abraham’s voice dripped with barely contained disdain, due to my summons, I let it roll off my back like so much water.

Me: “Would you rather I track you down?”

Abraham: “Is that a threat?”

Me (exasperated already): “No, I’m asking, would you rather I track you down or simply request your presence?”

Abraham (gritting his teeth): “The beacon is fine.”

Me: “Okay. So now that we’re clear that I’m trying to respect your privacy and in no way threatening you. Which by the way, I feel the need to point out I’ve never done. I was wondering why you Flared at Orin.”

Abraham, not unlike Robbie in his teenage prime, calls forth the urge in me to kick something. Once, during one of our conversations, I booted a plastic lawn ornament so hard it sailed clean across the street where it landed spectacularly on Mrs. Snells’s (dragon of the front office of Rye High) front porch.

That being said, Abraham’s never let me down.

Abraham (honing in on the irritation): “You’re only here because I threatened one of your pets.”

To be fair, he’s not totally wrong.

Me (taking a deep breath): “You’re right, I came because you threatened Orin.”

Abraham exhaled expressively, not unlike a punctured tire, at my admission, and muttered something about forking pets I didn’t quite catch.

Me: “But I asked you to stop by because I was wondering why you felt the need to Flare at all.”

Abraham (sullenly): Why do you care? It took you months to come here and help them.

Me (utterly failing to marshal my patients): “I GOT HURT, OKAY! NOW CAN YOU JUST ANSWER THE FORKING QUESTION?”

Wood (calling out): “You okay, Morticia?”

Me (stomping to the gazebo’s entrance so Wood could see me): “Fine, just mad.”

Watching Wood reluctantly turn back around, I listened to him resumed his conversation with Laney. Still fuming, I turned back around and found Abraham standing opposite me.

Me (trying to relax again): “Accepted, now tell me why you Flared….please.”

Abraham (shifting in place): “I mistook Orin for someone else.”

Me (disbelief shorting out my brain): “Who could you possibly mistake Orin for?… Did you got bored again and Flared at some random girl trying to freak her out, and Orin caught you?”

Me (bouncing my toe against the floorboard): “Oh, for the love of Peter Rabbit…”

He’s actually reduced me into sounding like Aunt Pearl, she must have said something along those lines million times while my cousins and I were growing up. Completely unhinged by this inadvertent bit of muscle memory, it took considerable effort to refocus on Abraham’s words while keeping the tip of my sneaker from connecting with something, anything solid.

Abraham: “…..traded punches with a while back.”

Abraham (condescension laced his words): “Aren’t you listening? Some old dude I’ve never seen before was sniffing around Eliza.”

Me (raking my hand thru my hair): “Could be someone new.”

Abraham (trying to sound casual): “Maybe, but I couldn’t take the chance. You know since we’ve started going missing….”

Me (head jerking back): “Hold on, missing? Missing how?”

Abraham (sounding both smug and worried): “Neither Eliza or I noticed at first, but we haven’t seen Gus in nearly a year. Now, Sam, Maria, and Grady are nowhere to be found.”

Abraham (brusquely): “I’m not one of your pets. I don’t need your protection. I’m investigating this myself.”

Struggling to shove aside my desire to punt his ass across the park – I took a deep breath and counted backward from twelve as I exhaled….

…Damn it, Abraham intentionally threatened Orin knowing I’d turn up so he could drop this bomb. For the love of Venkman – only Robbie in all his teenage glory – could come up with a method more labyrinthine than this to ask for help. Pushing aside the feeling I’d let Abraham down for later examination, I began navigating around his hardened shell of adolescent surliness.

Me (cracking my neck): “How about this, since I know where the Genesis Points are for the other Errants in town, why don’t I make the rounds and see what I find.”

Abraham: “While you do that, I can try and lure that dude out by circling my spot.”

Me (lighting lancing thru my stomach): “Actually, I was hoping you could do me a favor…”

Me: “Since this unknown guy already found Eliza, there’s a good chance he’ll be back. So I was hoping you could guard her for me. If he turns up again, lead him to Nevermore.”

Abraham (bouncing on the balls of his feet): “Nice! Joseph will make mincemeat of him. Alright, I’ll do it if you promise to tell me what you find out.”

Me: “Deal. Anything about this guy stand out?”

Abraham: “No, just some skinny old dude in a green suit.”

It took some doing, but I managed to keep my smile on the inside at Abraham’s answer. You see, Orin is a great mountain of a man, who is neither old nor wears anything that could ever be mistaken for a suit or any shade of green.