Posted on November 9, 2018 by Finder of Lost Things 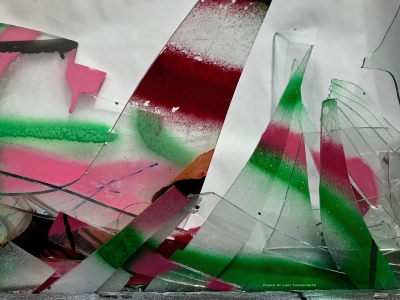 I choked on my on the coffee. I was going to kill Wood – he’s such a liar – he never talked to her. Trying to compose a suitable answer in my head on the fly, while calculating the amount of money it would take to replace the titles of mine in his possession (I decided yelling at him would be more economical) when Beatrice started laughing.

“That was mean, forgive me. I wasn’t sure if Dourwood told you he tried to set us up the other night. I am glad he did, so I can clear the air – I am not looking for a girlfriend, I am looking for a roommate.”

Wheezing I nodded and waved for her to go on. Trying to listen, laugh and cough discreetly didn’t allow for much contribution to the subject at the moment. It also mitigated the relief I felt at the moment, since choking tends to drown out most everything else.

“You remember I told you about my break-in a few weeks back?” I nodded for her to continue, my power of speech not quite there yet.

“The thing is, the break-in made my landlady, Ms. Hettie, nervous – especially since I travel frequently. And when she gets nervous she gets cranky. Well, crankier. So I thought having a roommate might maker her feel more secure. I can offer a discounted rent; if you’re willing to grab stuff I send to a P.O. Box and coordinate your travel with mine, so we can have someone home most nights. What do you think?” She regarded me  with a hopeful look, but there was that competitive gleam as well – like this was her master stroke in keeping the house breakers at bay. Once again I wondered if she regarded thwarting them as a competitive sport.

Working past my speculation into stupefaction, I’m not sure why I thought we were meeting but I never saw this coming. My shoulders started to relax for the first time since Ben dropped by. I swear she felt my natural hesitation of moving in with a practical stranger melting under the thought of an affordable rent or in fact simply a roof over my head. Twelve days to find a place and move into it seemed daunting, “Plus all the books you can read.” She knew her audience – I wavered, “Months before they are released.” Now she was playing hardball.

Practicality replaced surprise and the odd suspicion. Buying a bit of time I hedged, ”Can I see your place and my room first before I decide?” Making sure I didn’t commit to some dark, depressing house at the end of a dank lane. Though I am not sure I would turn it down even then (later I thought this a bit rich, since I lived in a cemetery), the specter of pleading for a place with Aunt Pearl – even short term – haunted me.

“No problem. Do you want to see it now?” she asked while she got ready to head out.

“Don’t you have to go back to work?” Mirroring her movements I put on my jacket and scarf.

“The joy of my job is the built-in flexibility. As long as I get my work done on time my boss doesn’t care when I come in.”

I asked for a to go cup and we left The Altar.

I counted myself lucky when we decided to take separate cars. It allowed me to call Wood while I followed her home (using a hands-free device, of course). He verified that as far as he knew Beatrice didn’t harbor any latent axe murdering tendencies. Or mental instabilities which would again lead her towards the aforementioned axe wielding predilections. Or general flakiness which would find her trunk filled with all my first editions, heading to New York with dreams of starring in A Chorus Line inadvertently financed by me (You laugh but my early twenties were weird and expensive). Wood assured me that these possibilities were extremely remote. The most unusual thing he knew of Beatrice happened twelve years previous and featured a herd of goats, a sorority house and the staging of an epic prank. When Wood hung up I felt reassured about Beatrice’s character, despite the goats.