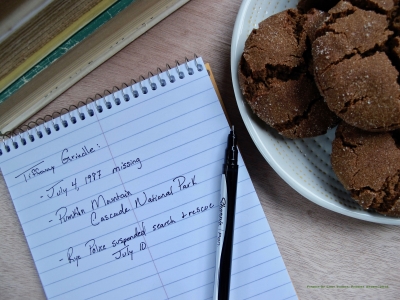 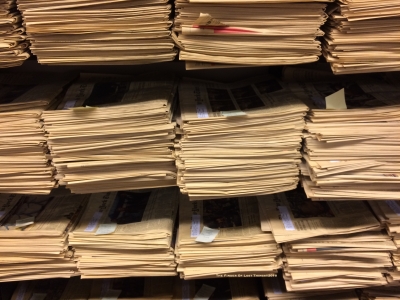 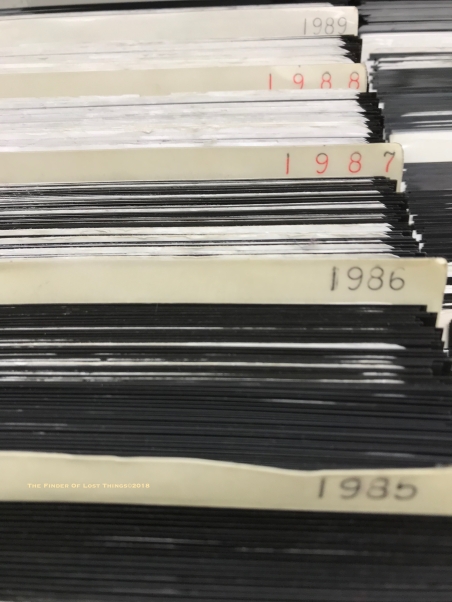 The next stop on my about town list – the Rye Public Library.

The lair of Mrs. Schmit.

The Librarian’s librarian. The supreme commander of the Reference Desk. No fact, book or bibliography reference resides in obscurity when she needs to locate it. She plays the dewy decimal system with the same passion as her church’s organ during a Sunday solo. When the Board punted the card catalog into the realm of obsoletism, some thought she’d retire – not Mrs. Schmit – computers just made her faster.

I have witness school children descend into fisticuffs to sort out who would prevail upon her skill for a school report (the answer was neither).

I frequent her desk often enough posing odd and esoteric questions Mrs. Schmit imposed a sweets tax – the more exotic the request, the more exotic sweet I must supply (either this is an early warning system, or initially she thought this might discourage me). Occasionally I wonder if this arrangement is standard practice for other patrons, but she’s skinny as a bean pole – so I think not.

I am not sure who felt more dejected when I stood before Mrs. Schmit’s domain, me because she stayed home with the sniffles today or the library volunteer manning the desk when I kept the lid of the pastry box closed. The two dozen pumpkin spiced crinkle cookies, I’d bought at The Alter, added a subtle sweetness to the air. Which made my solo research a bit more pleasant, the volunteer admonished me later for eating, but forgave the violation when I offered him one.

You cannot sit at the left elbow of a treasure like Mrs. Schmit without picking up a few tricks of the trade along the way (like all good teachers – she’ll guide you in a search, but your hand must actually do the work – unless you pay her in sugar, then she’ll man the mouse herself). So in roughly double (or triple, but who’s counting) the time it would take us “together” – the microfiche archive of The Daily Harvest (our punny local paper) provided the basics for my tag-a-long passenger.

Tiffany (Roth) Grindle disappeared over the Fourth of July weekend in 1987 somewhere in the North Cascades National Park.

Delving further into public records (and the pastry box) I added a few more pieces to the picture. Mr. Grindle married Tiffany Roth in October 1985, and they purchased a home together in January 1986 (where he still lived) and in July 1994 (the standard seven years without a hint of life) he had Tiffany declared dead in absentia – almost to the day she disappeared.

The newspaper and public records supported large swaths of my unexpected passenger’s suppositions. However, the most crucial postulation remained utterly unsubstantiated, i.e., that he murdered her. None of The Harvest’s articles ever hinted in the general direction of foul play, let alone leveled an accusation. The consensus seemed to think that Tiffany got lost and died of heat exhaustion or in the wildfires – nature causes basically.

No one suspected Tiffany’s husband of any misdeeds, which fit her story.

Mulling this over (and eating another cookie) I skimmed over the rest of Mr. Grindle’s records. I found two entries somewhat revelatory, the first, a Phillip Roth transferred a piece of property to Mr. Grindle about ten years ago (a summer house I think, judging from the address). The second entry filed a year ago, gave Mr. Grindle power of attorney over the same Phillip Roth. So perhaps the support of Tiffany’s father kept the winds of doubt diverted – if nothing else it shows a continued relationship of some sort there.

Deciding I’d found what I could, the pastry box and I left the Library (much to the consternation of the volunteer, who’d hinted his willingness to take it off my hands). Stymied for the moment, I puttered my way home in the Princess – Beatrice’s map collection far outstripped the Library’s holdings, so I decided to wait until she got back for further research.

Which meant I needed to figure out which task to tackle next – call Sarah or move my boxes.